Showing posts from September, 2019
Show All

Warning - at least one member has acquired ticks from the long grass.  If you were in shorts - check. Llanuwchllyn has a bit of a reputation – memories of Stuart adopting a kitten, long wet walks beside the Lake and Howie’s expensive and unnecessary train journey – and it seems to have lived up to its history. All four groups who headed for the Aran Ridge were thwarted by strong winds and dense cloud, and the two groups who tackled Moel y Garnedd on the other side of the lake were met by obscure paths, misleading signs and wild bog lands and the one group who had planned a relatively safe walk finished with a minor accident. Three groups- Stuart’s, the Oldhams and Geoff’s all planned to do the full Arenig Fawr Ridge of approximately 13 miles and ­+/- 4000 feet.   It was a long way in dense cloud and at the furthest point very strong winds.  The oldhams had planned to go even further but after more than seven or eight miles each group decided at round Aran Ben
Post a Comment
Read more 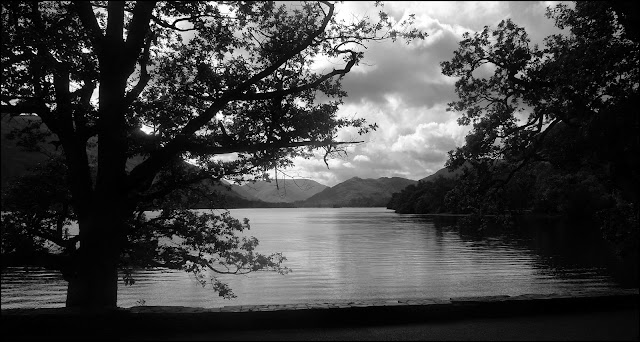 here Photo from Marcia The Forecast was grim but, as is often the case, its bark was worse than its bite and the day was much better than expected with just a few showers instead of thunderous downpours.   First off the coach were Stuart and Ele at Town Head.   They did a classic "up and over" Lakeland walk to Thornthwaite Crag, High Street, Kidsty Pike and the Knott and returned via Angle Tarn, Boredale Hause and Patterdale. The Oldhams started at the Kirkstone Inn and walked over Stoneycove Pike, Thornthwaite Crag, High Street and the Knott to Angle Tarn and then out along Beda Fell.   The aim was to come back over Place Fell but time, energy or common sense dictated a quicker return to Glenridding. Ian and Gerry also headed for the Knott from Hartsop and then on to Angle Tarn and back by Boredale Hause and Patterdale. Three groups got off the coach at Deepdale Bridge.   John Gartside to ascend St Sunday Crag via Deepdale Hause and then back via B
Post a Comment
Read more
More posts